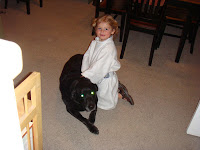 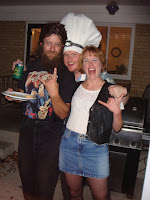 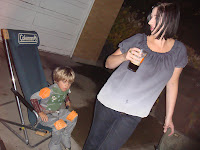 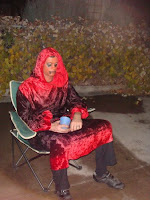 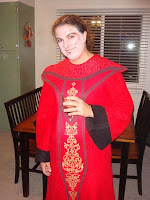 Jessica was Queen Amidala, though she took her hat off by now. 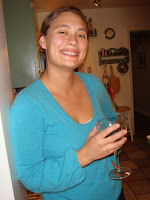 Stephanie, stunning as always, herself. Erik was there, too, though in the most bizarre costume I didn't get a chance to catch on film. 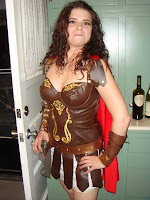 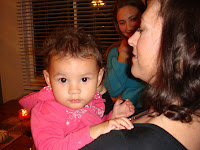 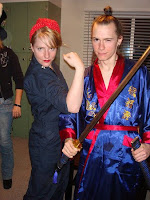 Joey and his friend. 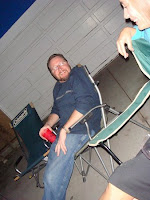 Travis had the best costume EVER. 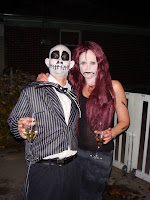 Ali & Manny, dressed from 'The Nightmare Before Christmas'. Yeah, took me a few guesses, too. 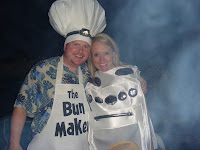 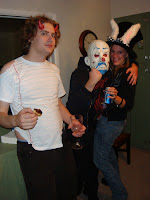 Tigh & Eric, with another friend. Tigh's costume takes some explaining if you don't watch Battlestar Galactica. Well, actually, even if you do.
Posted by moneek at 11:00 AM

Awesome pics! Looks like a fun party. You and Marc's costumes are hilarous, and believe it or not the second I saw Ali's picture I knew exactly who she and the guy were.